As is always the case when you are trying to figure out what will happen going forward (essentially what investment management entails), you have to expect the unexpected. The stock in focus this month is Medibank Private (MPL). MPL is one of Australia’s largest private health insurers offering policies to Australians through its two brands, Medibank and AHM. It also provides integrated healthcare services to policyholders, government, corporate and other customers.

In the federal election campaign, health care and health policy were front and centre. Nowhere more so than in the area of private health insurance. Labor had announced that, if elected, they would look to cap private health insurance premium increases to 2% between April 1 2020 and March 31 2022. With average claim experiences rising at around 3% for the industry, it is not hard to see how this would have created a difficult environment for private health insurers.

However, while the cap may not be coming in this term, there are still very large cost pressures coming through in the healthcare sector and providers are struggling to deal with these. There is a good case to be made that the larger providers, those with scale and a greater capacity to absorb costs and react to change, can better face these challenges over the medium term. For example, Medibank is looking at a number of initiatives to mitigate the negative impact of higher claims experiences. These include product changes and differentiation (i.e. removing some policy benefits), investing in health support and services to reduce claims costs (e.g. limiting hospital stays by increasing home nursing and care) and using their size to negotiate with other stakeholders (e.g. hospitals and other healthcare providers).

While the Labor party’s policy had been flagged to the industry early enough for the industry to start preparing for a 2% cap, some smaller providers may still struggle to remain viable even in a non-capped environment. As these providers close, or are forced out, MPL could pick up significantly more members with the increased revenue offsetting margin impacts.

As this newsletter was going to the print, Australians went to the polls and Labor failed to get the votes to enact their policy. The strong rally in MPL post the election has demonstrated how damaging Labor’s policy would have been in the short term.

If you’d like to get in touch with one of our advisers you can contact us at 1300 ELSTON or email info@elston.com.au and an adviser will be in touch. Jana, Nat, Ben, you're the greatest!

The World’s Greatest Shave was a great success. Jana Neherova, Nathalie Bunge-Kreuger and Ben Greenwell had planned to get shaved in a public space on March 20. Read more This year calls for 2020 vision

This year has thrown grey clouds over a lot of well planned futures. But if you peer through the gloom and focus on what’s possible, it soon becomes clear that there may be some opportunities out there. Read more Not long after joining Elston Private Wealth, the world went into lockdown. This stopped Eric from jetting into Sydney and Melbourne where he’s keen to establish new partnership opportunities so Elston can grow into these markets. Read more The speed of the economic recovery is of course uncertain but recover it ultimately will, along with corporate profits and dividends. Read more Is super insurance shifting from automatic to manual?

A level of life insurance and total and permanent disablement cover, and in some cases income protection, was often automatically provided when people joined a super fund. Recent legislative changes are designed to change that. Read more Are pooled funds getting investors into hot water?

New data from Roy Morgan indicates that customer satisfaction for retail and industry super funds has fallen. Why? Well, COVID-19 has certainly shone a spotlight on these funds. Read more 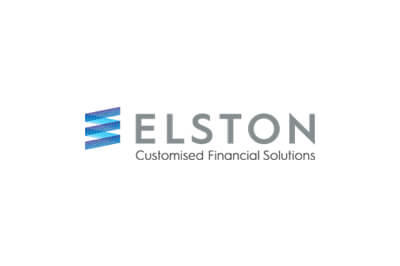 Is your portfolio fragile or agile?